A Flame in Camelot (Maria-ClairePayne) 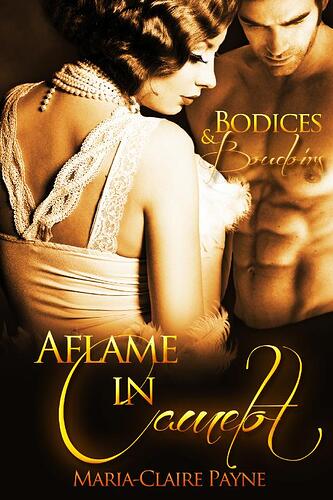 Will the Lady Adelaide be consumed when dark intrigues threaten to set Arthur’s Camelot aflame—or will the commoner whose heart Addie ensnares turn out to be her knight in shining armour, after all?

Making his way to Camelot with his two closest friends in the stifling heat to participate in a weeks—long Midsummer celebration, the talented blacksmith Bryce and his companions hope to win a place at King Arthur’s court by demonstrating Bryce’s expertise at the anvil even as the King’s knights demonstrate their skills in the scheduled tourneys.

Along the way, a decidedly unscheduled chance encounter between Bryce and a sultry water nymph, however, puts his feet on another path altogether—and that road curves more sharply when Bryce learns that his chance encounter was not chance at all—and his water nymph no magical sprite but a Lady in Queen Guinevere’s court.

When the innocent Lady Adelaide turns to the Old Religion in a desperate attempt to ensure she will conceive a child this sultry Midsummer Day, she is unaware of the malevolent forces at work in Camelot that oppose her.

A pawn in King Arthur’s bastard son’s vile and increasingly bold plans to discredit the Queen and undermine the King’s own justice, a betrothed noblewoman caught in an impossible love affair with a common blacksmith, will Adelaide be consumed by the very flames she unwittingly helps fan, caught in a twisted web of distrust, dishonour and betrayal by those to whom she swears her fealty—or will the commoner whose heart she ensnares turn out to be her knight in shining armour, after all?