A Tale of Venus (Socrates) 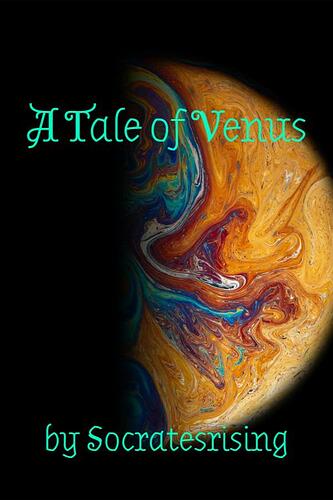 The year is 4000 A.D.
One hundred years from our time, mankind discovered how to use the electromagnetic forces of our sun in order to travel instantaneously between the planets. Thus, mankind began to colonize the planetary bodies of our solar system. For one thousand years these colonies developed and flourished, and mankind prospered, his technology advancing greatly. Then a terrible discovery was made upon Saturn, and a dreadful and costly war between the planetary colonies occurred. The colonies were brought to ruin and the technology enabling instantaneous travel between the planets was lost. For another thousand years, the planetary colonies developed in isolation from one another, and their cultures and ethnicities became very unique. The ability to use the electromagnetism of the sun was rediscovered, trade and diplomacy resumed. But now, a sinister plot threatens to bring war to the solar system again. This is where our story begins.