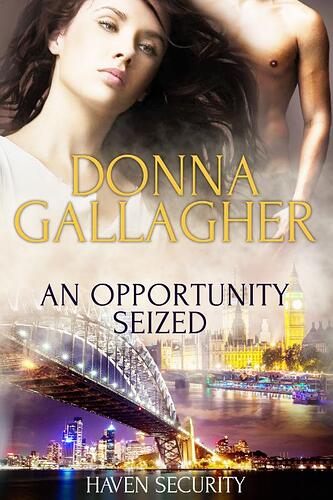 Two unforeseen moments in time— One brings them together, the other is a danger so real it could tear them apart.

Antoinette ‘Toni’ Grimaldi prefers to keep out of the spotlight, blend in with the crowd and experience life the same as the bulk of the population. Being a mining magnate’s daughter is a difficult persona for her to uphold. She just doesn’t fit in with high society standards, always managing to say something inappropriate or trip over her own feet at the worst possible moment, resulting in that look of disappointment and embarrassment her parents inevitably wear whenever she’s around.

Meeting a handsome stranger who comes to her rescue and asks her out on a date is so much more than Toni could have ever hoped for on her dream holiday—one she is surprised her parents have even permitted her to take alone. Her fairy-tale moment is short-lived, though, when Toni discovers the stranger has been hired by her family to follow her every move—under the guise of keeping her safe.

Jason finds he is drawn to Antoinette. She is nothing at all like the socialite he was expecting to shadow around London’s nightclubs. After an awkward first meeting, he convinces Toni that there is more to his interest in her than just as her bodyguard. To his surprise, his attraction for the soft-spoken, thoughtful woman grows, despite his usual reluctance to commit to any kind of relationship.

Then a disaster at one of the family-owned mines and a string of death threats force Toni to return home, and her need for a bodyguard becomes a life and death reality.