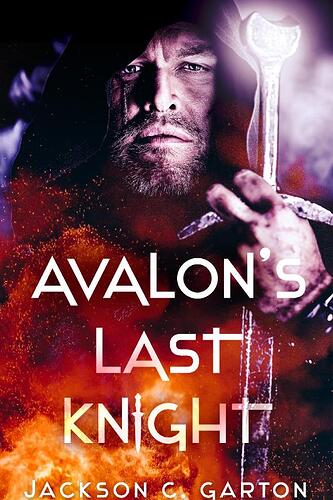 Lance has loved Arthur for nearly a thousand years but has never had the courage to act on it—till now.

After being away at college for a year, Lance Lotte returns to Avalon, Kentucky, for the summer. Due to self-imposed isolation, he hasn’t seen anyone in months, but all that changes when Arthur—his closest friend, and the love of his life—shows up to his new job with a big toothy grin.

The last time Lance saw Arthur, the two had not parted on the best of terms—with Arthur’s father finding them asleep on his bed, and physically wrenching Lance away from Arthur. The incident put a strain on their relationship, and convinced Lance that they will never be allowed to be together.

But then Arthur sends Lance a text one night, telling him that he’s in love with him—a text Lance rereads at least a hundred times, but isn’t brave enough to mention when they’re alone. Lance has fought his attraction to Arthur for the past five years because as a budding brujo, he believes in magick, destiny and fate—that everything happens for a reason—that nothing good will come of an Arthur Pendragon-Lance A. Lotte pairing.

With the help of his sister, Gwen Lotte, Arthur and two twins visiting their uncle for the summer, Mordy and Morgan Lafayette, Lance learns the true meaning of friendship, and just how far he will go to save the people he loves.