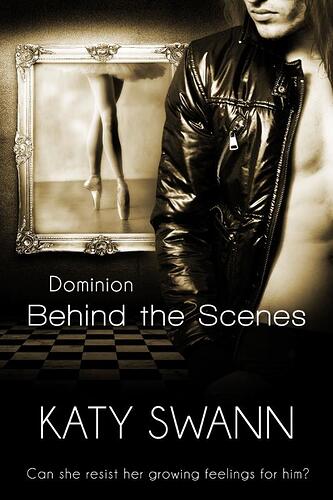 He’s a famous rock star…and an irresistible Dom. She might be his submissive but she’ll be damned if she’s going to let him think he’s better than her.

At Dominion Evie gets more than she bargained for when she meets Aaron Holmes, the lead guitarist of Decadence, one of the most successful rock groups in the world. Aaron is everything she wants in a Dom and his firm discipline soon has her quivering on her knees. But she knows that people like him don’t normally mix with nobodies like her so she resolves to enjoy the kink until he tires of her without getting emotionally involved. It seems that Aaron can’t get enough of her, though, and Evie soon finds it harder to resist her growing feelings for him.

The life of a rock star isn’t quite as rosy as Evie had believed. Behind the scenes dark shadows hang over Decadence. Fractions between the band members, obsessive fans and death threats look set to tear the band apart. These problems spill into Evie’s relationship with Aaron until the price of his fame takes its toll.

Now it’s up to Aaron to convince Evie that he is just as worthy of her love as she is of his.