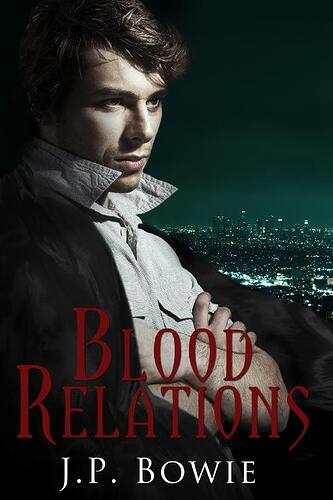 In a time when vampires have gained civil rights and walk freely among humans, they must still overcome the factions who seek to take away those rights and return them to the role of the hated, and hunted.

Rob Lydell employed by ‘Blood Relations’, a philanthropic group of wealthy businessmen, is asked to negotiate a meeting with Gabriel Torrance, a powerful vampire. The object of the meeting is to improve relationships between humans and vampires, who have recently gained civil liberties.

Rob and Gabriel form a close relationship of their own, but not everyone is happy about vampire civil rights and Rob soon finds himself the target of attacks and threats, while the violence against vampires by members of so-called ‘staker gangs’ increases.

As Rob and Gabriel’s blood bond grows, they are startled to discover that the biggest danger they have to face may come from a power play within Blood Relations itself - not to mention some members of the Vampire Council who still regard humans as prey, rather than equals.