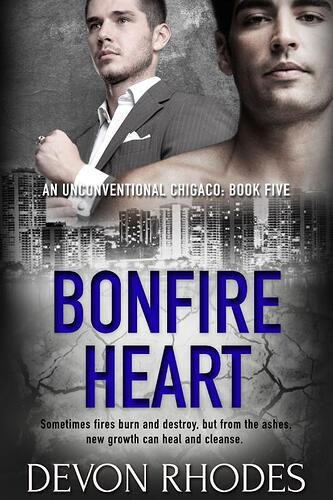 Sometimes fires burn and destroy, but from the ashes, new growth can heal and cleanse.

Thierry Alexander is the deputy mayor of Chicago, a city he loves but can’t save on his own from the corrupt political system. His assistant and lover, Eduardo, is also known as Cesar, the head of the underground resistance movement. He has been working behind the scenes for years and finally gets what he needs—enough information to get the US government involved and take down the criminal elements strangling the city he loves.

But they need to act fast because legislation is about to be enacted that will give rise to social and ethnic purging in Chicago. Not knowing who they can trust, they will have to put their faith in one another and risk everything to save a city.