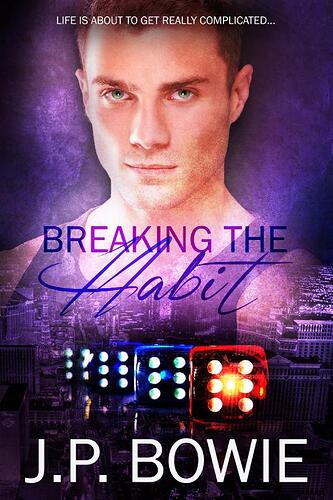 A gambling addiction isn’t bad enough? Throw in a not-so-sudden interest in guys and Mike Peterson’s life is about to get really complicated!

Mike Peterson is determined to break the gambling habit that resulted in two failed marriages, no money, no job, plus almost getting himself and his brother killed when loan sharks came looking for the money he’d borrowed.

In addition, he’s recently been having some doubts about his own sexuality. When his gay brother suggests he get in touch with an old friend, recently out police officer Larry Bertoni, Mike is at first leery of the idea, and their first meeting isn’t exactly ideal.

They decide to meet again and this time more of what they are and what they could mean to one another is revealed during their time together. They begin a tentative friendship that graduates to a first, fumbling attempt at romance.

Can they find the secure relationship they both want, or will Mike’s addiction and lack of self-esteem hinder what could possibly be salvation for both men?