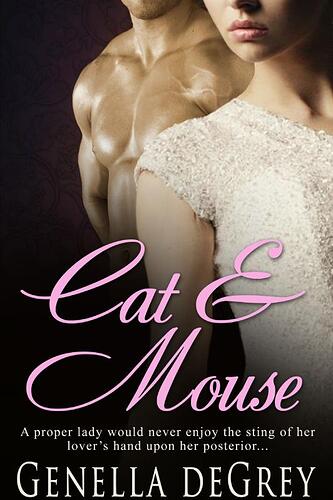 A proper lady would never steal or lie—nor would she enjoy the sting of her lover’s hand upon her posterior.

Fortune has frowned upon Miss Katrina Harwood. After the passing of her father and the sale of their possessions, she’s found herself at the mercy of London’s underbelly, and what’s worse, she’s now a vital member of the Eastside Den of Thieves, even though she’s entirely miserable.

Every day is a battle between her morals and the need to survive—and every day takes her further from a solution to her dilemma. During one of her many missions to lighten the pockets of the well-to-do, she finds herself in a precarious position—over the knee of her would-be victim. The impression he leaves on her bottom is one she won’t soon forget, or fail to yearn for.

During the previous London ‘season’, Maxwell Courtland married off his little sister Susanna to an up-and-coming barrister. Now, Susanna is trying to convince Max that it’s time for him to settle down, a prospect which he finds completely disagreeable owing to the fact that he cannot abide the women she’s chosen for him.

When he catches an adorable thief trying to make off with the family silver, he never imagines that a little game of cat and mouse would lead to falling for someone so unconventional and yet so tempting.