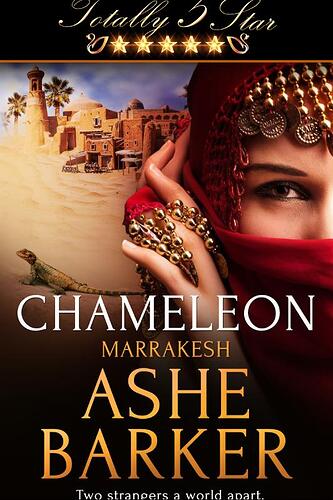 A chance meeting, two strangers whose paths cross—in the same place at the same time, yet a world apart.

When mining engineer Ethan Savage spots the cloaked, veiled woman riding a donkey in the Moroccan desert, he can be forgiven for thinking that in some respects nothing much has changed in two thousand years. She wouldn’t look out of place in Biblical times. They pass, nod, smile politely and go their separate ways, two strangers a world apart.

But when, moments later, she rescues him from his crashed car, the first words she utters make Ethan realize that appearances can be deceptive. His little Berber peasant is not what she seems.

Shifting effortlessly between her traditional roots in the foothills of the Atlas Mountains and her professional life as the Totally Five Star hotel doctor, Fleur is a human chameleon, able to adapt and blend into any environment. At first irritated then amused by the handsome stranger, Fleur knows the assumptions he’s made about her. As their paths cross once more at the luxurious hotel, she realizes he, too, is not all he seems. This sexy Englishman holds the key to her most secret and sensual desires, dangerous yearnings she’s kept locked away for years. Now she has a choice to make.

Ethan is only in Marrakesh for a few days, then he’ll be gone and she’ll never see him again. No one will ever know, so surely it will do no harm? Can she pass up this opportunity? And once she’s trusted him with her body, experienced all he can offer, will she be able to return to her old life? Or will the sensual chameleon need to reinvent herself once again to fit into his world?