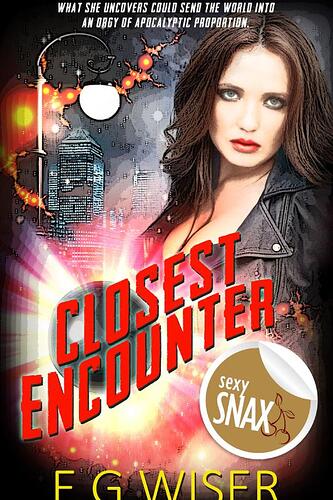 A strange object of alien origin has been found and the Department of Ufology has sent its top agent, Beth August, to investigate. Once there, she meets Brad Davis, a handsome security guard with a secret of his own.

Together they both succumb to and struggle against the object’s aphrodisiac powers, eventually finding themselves in a race to prevent the world from exploding into sexual anarchy, even as the two of them grapple to understand how much of their own mutual attraction is due to an unexplained supernatural energy and how much is the more natural chemistry of two people falling in love.