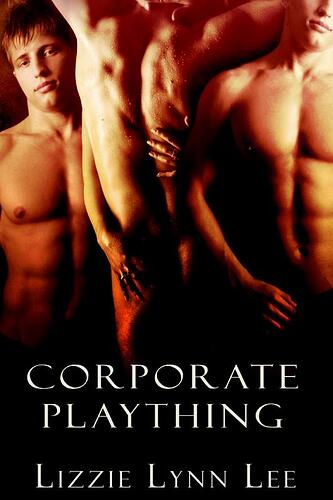 An inept spy gets more than she bargains for when she enters the Martel brothers’ lair. Forget the mission, she will be lucky if she can keep her panties intact.

In the fashion world, triplets Justin, Raphael, and Matthew Martel are designer moguls. Unbeknown to the public, the brothers are actually half-human and half-nymph. When they put their secret nymph concoction into their new perfume, Surrender, in order to find their mate, Surrender unexpectedly becomes a wildly global sensation and sparks jealousy among their competitors.

Blackmailed by her father’s cronies, Anna Vincent is forced to work for the Martel brothers in order to steal their secret formula. Anna is wary, but she doesn’t have any other options. Either she gets that secret formula or her father goes to jail.

The Martels know their new personal assistant is a corporate spy. But what they didn’t expect is that Anna is the woman they have been looking for as a mate. If Anna had told them the truth, they would’ve gladly helped her. But since Anna is too stubborn and prideful—and a bad spy for that matter—the brothers are compelled to teach Miss Prissy the joy of naughty, sexy, forbidden games until she admits she belongs to them forever.