Curse of the Chakka Chakka (DionieMcNair) 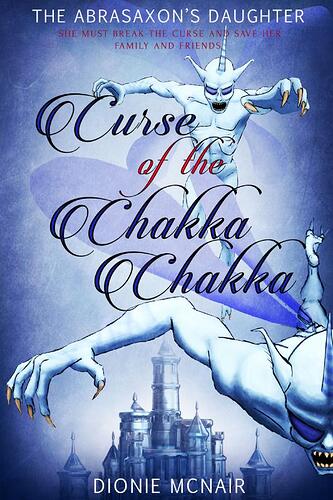 Brianna must break the curse of the Chakka Chakka and save her family and friends.

Brianna is just beginning to settle into her new life in the Crystal Castle when she and Issah are attacked by the Abrasaxons’ mortal enemy, the Chakka Chakka. These small blue flying humanoids burrow their slender spiral horn into a host’s ear until it pierces their brain. Once the horn is embedded the Chakka Chakka chatter, squeak and whisper semi-intelligible sounds day and night, sending the host mad.

Brianna wants to help the Abrasaxon defeat them, but there are those who spurn her efforts, including her half-brother, Hashnok. With the help of her friends she follows the clues to the mountains and finds the secret of the Chakka Chakka.

Armed with this information, she sets a trap to capture them. Brianna is injured in the battle, though, and her greatest challenge may turn out to be finding a cure not only to save the other victims, but to save herself as well.