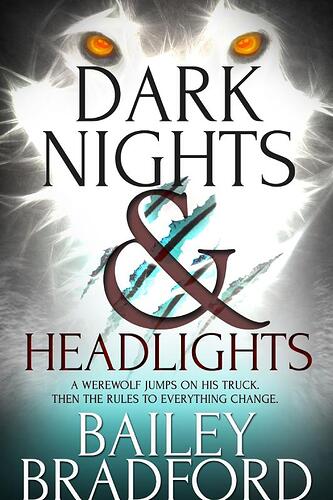 A familiar road can still be full of surprises.

Joe Jacek loves his life for the most part. All he ever wanted to do was be a rancher, and that’s what he’s doing. He feels bad that his father didn’t leave the ranch to him and his brother Trent both, but Joe would never short his brother out of his inheritance. Lucky for them, they’re close brothers. They like to hang out in the evenings, get stupid then get on with work the next day.

But it can be a lonely life. While Trent is a great brother, he can’t be everything for Joe, and vice versa. Joe would like to get laid sometimes, and living where he does, that’s a rare occurrence. So he drinks and does a little something else now and then. It’s all good—he’s just relaxing.

He knows the road between his house and Trent’s trailer like he knows his own soul. Turning off the headlights one night just to make the drive more exciting isn’t a big deal.

Until a werewolf jumps on his truck. Then the rules for everything change.