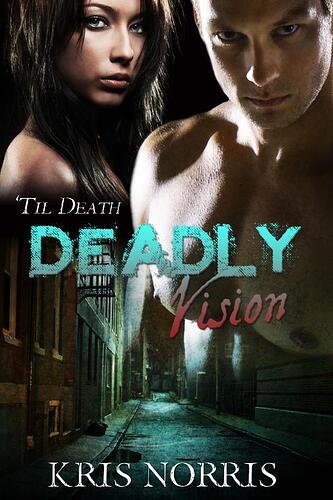 A power she can’t control…Fallon Kindade is cursed. There’s no other explanation. Just when she thought she’d buried her past to the point it couldn’t be resurrected an eerie voice beckons to her, pulling her back into the nightmare she’s survived twice before.

And despite the excuses she makes, Fallon can’t deny the truth. The visions have returned. And they’re more intimate than ever before.

A love he can’t forget…He’s a fool. Not only is Special Agent Gil Grant unable to catch a break on his newest case, he’s stuck fantasizing about a woman he pushed away. All because of one fatal mistake. A moment he can’t undo. But after leaving Fallon with nothing more than a few words scribbled across a piece of paper, he’s got little chance of ever winning her back.

A slow descent into darkness…When a twist in fate reunites them, Fallon is powerless against the undeniable heat that still simmers between them. She knows becoming lovers, again, is more than dangerous, especially when her visions are their only hope at finding a killer before he strikes again.

But can she trust Gil with the truth, knowing it might be what finally destroys their chance at happiness? Or will the city’s newest serial killer claim her as his final victim?