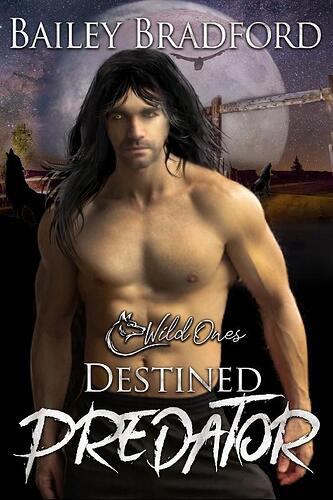 Never in his wildest dreams. Rhett Tucker, a rough, tough, meat-and-potatoes Wyoming rancher, has just about accepted that shifters exist. His little brother Jack is now mated to one, Ben, whose family are the only coywolf—wolf-coyote hybrids—shifters in existence. Rhett’s also accepted the fact that he’s gay, even if he’s never been with a guy. What he can’t deal with is Ben’s big brother, the swaggering, dominating, permanently smirking Casey. The head of the Akers pack might be their alpha, but he’s not Rhett’s and never will be.Casey has never met a challenge he didn’t leap at, and he sure wants to jump the handsome rancher’s bones. He sees that under all the bluster, Rhett yearns to submit, and Casey’s more than happy to fulfil Rhett’s needs…when the stubborn man’s ready to admit to them. But when both humans and coywolves are under attack, there’s no time for Rhett and Casey to do anything but join forces to find out if the inter-shifter battles are starting up again, or if the pack and the Double T Ranch are facing a new and deadly enemy. One thing’s for sure—any relationship between Rhett and Casey is gonna be wild.