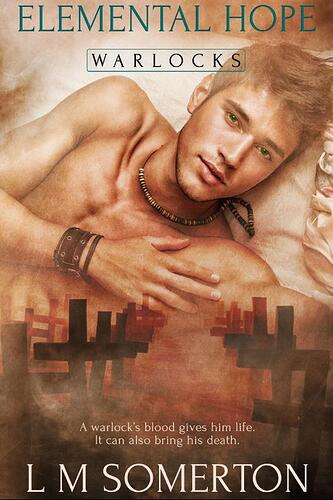 A warlock’s blood gives him life. It can also bring his death. It’s no wonder Evrain Brookes, newly fledged warlock, is feeling the strain. A coven of power-hungry witches is after his blood. Literally. A psychotic warlock wants him dead. His godfather’s training regime is about as much fun as chewing on nettles and an overweight, scarily perceptive cat has moved into his house.His boyfriend Dominic yearns for a normal life, or at least a safer one. He accepts his role both as Evrain’s submissive partner and as the conduit through which he channels his gift—but he’s afraid for his lover, and the lengths Evrain’s enemies might go to in order to fulfill their lust for power.When Evrain falls victim to a plot between the Octis Coven and malevolent warlock Symeon Malus, it’s up to Dominic to rescue him. With the help of the two other North American warlocks, Shadow the cat and an old enemy, Dominic takes steps to get his lover back. There’s a high price to pay and no guarantee that the risks he must take will work out but Evrain is worth going through hell for, even if it costs Dominic his life.