Eternity and a Year (RanaeRose) 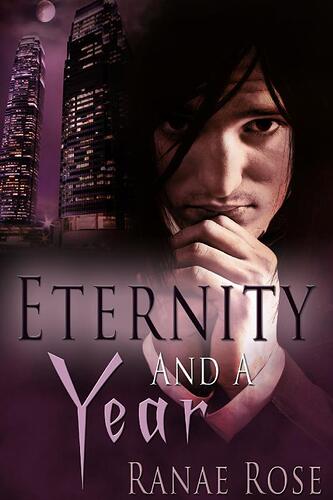 Having already lost her fiancé once, Carrie is determined when he finds her again to see that their love lasts for the eternity that he promised her — even if he is a vampire, and being hunted by another who’s already proven that she’ll kill for him.

Carrie never expected her fiancé Brendan to disappear without a trace three months before their wedding, and she certainly never guessed that he would return a year later as a vampire.

A torrid romance between a bloodthirsty vamp and his still human bride-to-be is bound to present challenges, but Carrie and Brendan both feel that being apart any longer is out of the question.

There’s only one major problem: the evil seductress of a vampiress who robbed Brendan of his humanity and has returned on the anniversary of her crime to take his life in her quest for more power.