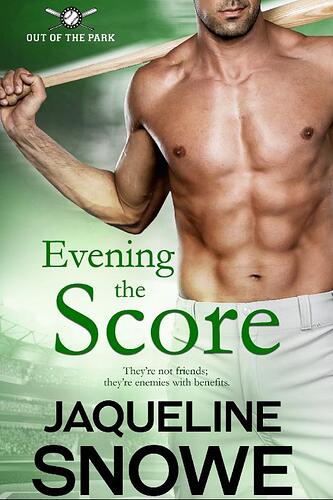 Fiona Davis and Gideon Titan have nothing in common—except their mutual dislike of each other. But when they’re stuck coaching together for four months, each battle sparks flames, turning them into enemies with benefits…

Fiona Davis is an over-talkative college senior unsure what she wants to do with her life who volunteers to coach a baseball team at the suggestion of a charity close to her heart. Gideon Titan is an injured MLB player desperate to save his career, whose manager volun-told him to coach the youth team to rediscover his love of the game.

She hates his attitude and extravagant, multiple-car-owning lifestyle. He hates her constant need to prove herself and the way she snorts when she laughs. They both hate the six days a week they’re forced to see each other. What starts with a snarl boils into a sexual tension they both resent, but…the only time they aren’t arguing is when they’re naked.

They did it all backwards: enemies, co-coaches, lovers, then to some version of friends. If they want anything more, someone has to take the first step. There’s not a chance in hell it’ll be Fiona…unless Gideon can prove he’s worth the risk.

But making sacrifices is asking a lot for two people who know what it means to lose.