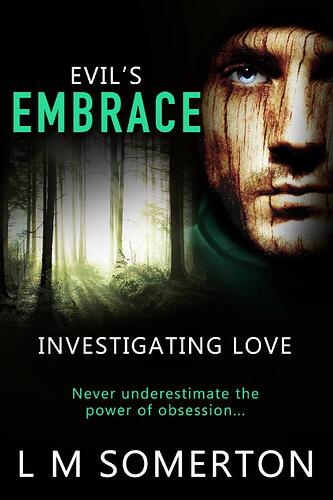 Never underestimate the power of obsession. After the trauma of the Rasputin case, Detective Inspector Alex Courtney and his boyfriend, Detective Constable Conor Trethuan, are in desperate need of a holiday. The peace and tranquillity of Cornwall can’t eradicate Conor’s nightmares, though, and the unbearable prospect of losing Alex drives him to confess feelings that he isn’t sure are reciprocated. Alex responds in the best way he knows how—by issuing orders and claiming Conor’s body as well as his heart.Prematurely recalled to work, they are thrown into a dangerous trafficking case focused on a leather bar with a hardcore reputation, Spikes. Conor is sent in undercover, not knowing that he is only a decoy. When Alex learns that the motivation behind his team’s involvement in the case might not be as straightforward as it seems, he realises that his actions might jeopardise not just their relationship, but Conor’s life, too. A shadowy figure from Conor’s past is about to step into the light.