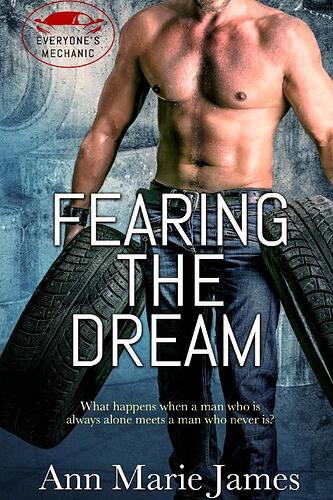 What happens when a man who is always alone meets a man who never is?

Sergei is the leader within the Russian immigrant community in Raleigh and the head of his family. He is a successful businessman who has carefully cultivated his intimidating persona, not correcting people when they believe him to be the head of the area’s Russian mob. Everyone comes to him if they have a problem. His problem is that he doesn’t know how to tell them no, especially his sister.

Stuart spends a lot of time alone, working from home as a graphic and website designer. He doesn’t want to be alone, but it’s simply how things have worked out. Stuart was devastated when his mother let his stepfather kick him out of the house as soon as he graduated high school. Working two—and sometimes three—jobs to put himself through college didn’t leave him a lot of time to socialize. He has had to look out for himself for a long time now and finds it hard to let anyone in. Becoming friends with Lee Clark at Everyone’s Mechanic is one of the best things that has ever happened to him and it leads to him meeting Sergei.

Sergei has to break through Stuart’s protective shell and give him a home and family. Stuart needs to teach Sergei that it’s okay to have boundaries, even with loved ones.