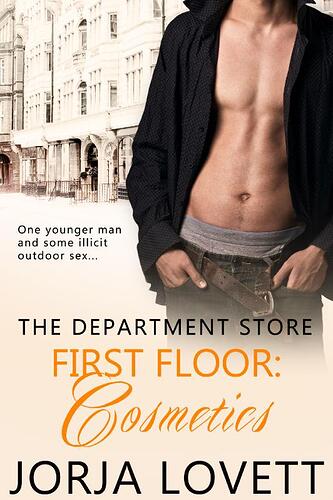 From the outside, it looks as though Maggie Fenton has it all. The glamorous head of the cosmetics department lives a life of luxury, but money definitely hasn’t bought her happiness. In reality, she’s married to a serial cheat who has made her life a misery for over a decade. With her husband chasing younger women, and her teenage co-workers’ catty comments ringing in her ears, Maggie’s resigned herself to being on the scrap heap. Until Jonah Hamilton puts temptation in her way and reminds her she’s still a red-blooded woman.

Commitment is a four letter word as far as Jonah is concerned. He has no intention of settling down when he has the whole world at his feet. The only reason he takes a summer job at Kelsey’s is to fund his travels. Well, that, and the sexy older woman he can’t help flirting with over the makeup counter. Maggie soon becomes a good friend and someone who shows him how good love can be.

The chemistry between them is undeniable but is a fling enough to satisfy their desires, or is it simply the start of something bigger?