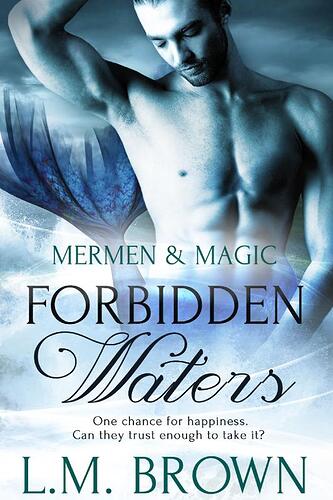 For the dying race of mer people, homosexual relationships are prohibited. When Kyle falls for Prince Finn he knows he is navigating forbidden waters.

To save his clan from ever-increasing shark attacks, merman Kyle seeks sanctuary for his people in the sunken city of Atlantis, even though he knows that as a homosexual merman, he will be sacrificing his own chance for love. Love finds him anyway in the form of Prince Finn, the rebellious young heir to the Atlantean throne.

When their relationship is discovered, Kyle is the one to pay the price. Banished from the oceans, he seeks shelter in England and finds a new love with human, Jake Seabrook.

For Jake, Kyle is the chance to move on from the crush he has on his straight best friend. The strange man he found naked on the beach seems to fit into his life with ease. If only Kyle weren’t keeping secrets from him, Jake could see them having a future together.

Things are not what they seem for either of the men and when Kyle discovers the truth about Finn, he knows he must return to Atlantis.

Three men, a tangled relationship, and one chance for happiness—if they can trust enough to take it.