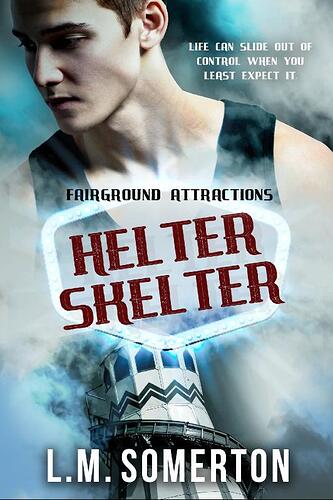 Life can slide out of control when you least expect it.Of his group of friends, Zach is the only one yet to find his kinky-ever-after. The contract killer, Harlequin, is still on the loose, Zach’s dad is ill, a result of the stress caused by knowing the family amusement park is being used as an exchange point by drug runners, and Zach is faced with problems much tougher than the mathematical equations he’s used to.Daniel Raynott has had his eye on Zach for some time. Now that Zach is no longer in his class at the university, he can act on his instincts and give Zach the guidance he desperately needs. As a Dom, Daniel demands obedience. As a man, he falls hard for Zach’s vulnerable innocence.A boring summer has a lot of appeal, but Zach has about as much control over events as he does a trip down the helter skelter. He finds himself in danger more than once. Will Daniel be able to protect him or will the holiday season culminate in tragedy?