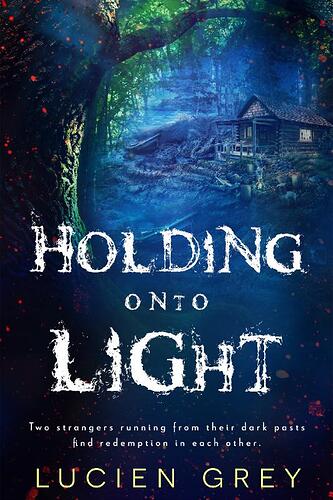 Two strangers running from their dark pasts find redemption in each other.

Harry, a former army doctor, lives in isolation after the devastating war between Rasacara and the Empire came to a bloody and violent conclusion. His lonely life is disrupted by a young, beautiful man surrounded by secrets and suspicion, who would likely destroy Harry if he knew who he was.

Kit, former member of the witch army’s Blue Crows, now on the run from his former master, must keep his identity a secret as his enemy is closing in and Harry, the gruff, mysterious woodsman, is all that stands between him and the man who wants him dead.

Forced together by Kit’s injuries, the two lonely men find comfort in each other, both scarred by the darkness of their pasts, but when Kit’s enemy catches up with him, they are forced to fight, revealing to each other the evils both of them have committed, and testing the strength of their new, fledgling love.