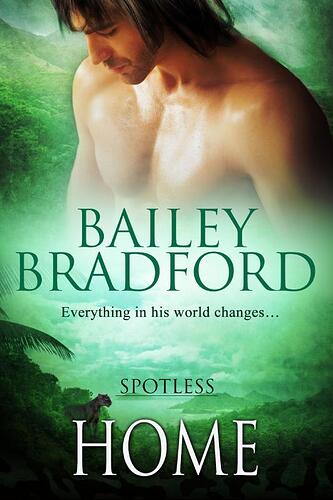 Solomon wanted nothing more than to stay at home and raise his siblings, until he’s kidnapped and everything in his world changes. Solomon survived being abused by his father. He took care of his many siblings during that time, and continued to do so after he’d been rescued by his half-brother Steven, and Steven’s mates Cole and Shaun.Now Solomon’s grown up. He’s still raising his family, and he wants to keep everyone right there, safe and with him.Then he’s kidnapped, and he’s taken away. He’s got a secret that helps him escape his captors. That, and one of the jaguar guards who is supposed to be trying to capture him again turns out to be his mate, while the other guard is a woman who’s fed up with the cruelty of the clan who sent her after Solomon .Azil has known only subservience all his life. The jaguar clan he’s from is warped, but he doesn’t know that. It’s just the way things are. It takes a taste of freedom, and finding a man who believes in him, to help free Azil from the chains of his past. But someone wants to make sure neither he nor Solomon gets a happy ending.