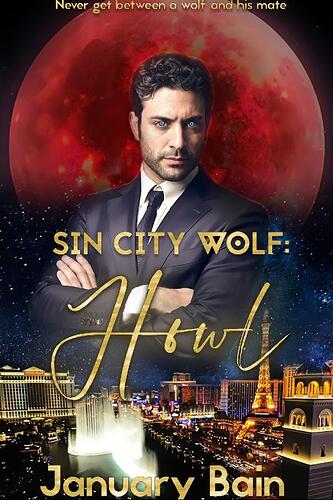 Never get between a wolf and his mate.

Billionaire. Casino owner. Tall, dark and deadly. Cristaldo Luceres is a potent force and a dangerous wolf to cross. Head of the House of Luceres, he’s used to fighting—literally—off any threat from rival houses. Wealth and women are his, but the one thing missing from his life is his mate.Cristaldo’s on full alert when trouble comes to town in the beautiful shape of one Miss Everly Affini. The talented musician won a shot to play at the coveted Nero’s in Cristaldo’s Glittering Palace… and she could be the one, Cristaldo’s Forever Mate.

One problem is that she doesn’t think so—and isn’t shy about telling him—and another is that Rocco, an enforcer for the House of Ribelle, the Luceres’ sworn enemies, thinks she’s destined for him. Oh, and it’s the most powerful super blood wolf moon of the century, meaning chaos is unleashed.

Too bad. Once Cristaldo has the scent of his Forever Mate, he’ll fight for her…to the death if necessary. Everly doesn’t stand a chance.