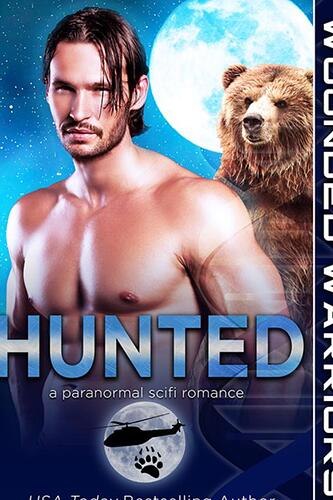 When Wyatt turns his back on the world—and her—Gillian knows he’s hurting and needs time to recover from whatever wounds were inflicted on his bear by the military. He reluctantly accepts her help as they flee from a secret group sent to eliminate the shifter-soldiers involved in a black-ops experiment, though he’s determined to maintain an emotional distance from her. But bears mate for life, and his human mate is just as stubborn as he is. Nothing could hurt her more than losing him, and she’s just the one to help her wounded warrior move from the past and into the future—if they have a future…
Search Terms: werebear, fated mates, assassination, secret government projects, super soldiers, paranormal military romance, military romance, romantic suspense, paranormal romance, bear shifter