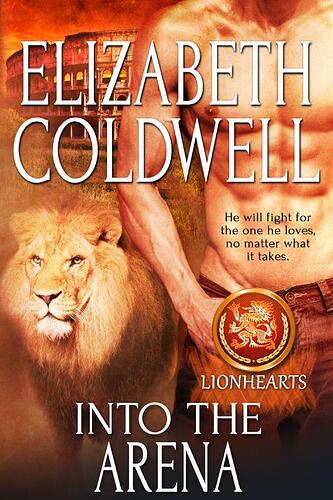 He will fight for the one he loves, no matter what it takes. Cesare Bianco is a shifter without a pride. Exiled from his home town of Padua after losing a leadership fight to his corrupt, self-serving uncle, he travels to Rome in search of a new beginning. A chance meeting sees him taking a job on the catering crew of a Hollywood blockbuster. When he meets the movie’s handsome lead actor, Hayden, he knows he’s in the presence of his mate. But Hayden is human. Even though he offers the possibility of lasting love, Cesare must fight all his instincts to make it happen.

Hayden Skarz is on the verge of the big time. Landing the lead in sci-fi adventure Thrown to the Lions has put him on the road to stardom. Filming in Rome is a difficult new challenge for him, though being around Cesare, the hunk who works in the catering truck, makes his job much sweeter. Sex between them is passionate and wildly inventive. But Hayden has a stalker, who’s tired of being ignored in favor of other men. When what started as a crush turns into murderous obsession, can Cesare help Hayden make it off the film set alive?