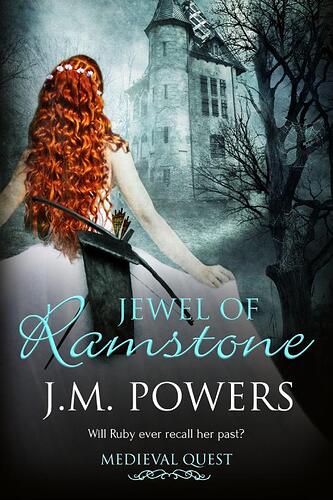 A maiden, unable to recall who she is, must battle evil to regain the memory of her past and the hope of a future. Awakening in the forest, a young maiden recalls naught—including her name. Equally conflicting is her desire to both slap and kiss Sir Galeron, the knight who claims to have protected her while she was unconscious. Much to her chagrin, he dubs her Ruby of the Forest, due to her red hair, and insists she find refuge at his home of Ramstone. Prickling at his demanding ways, but with no other option, she accepts his offer. His kiss flames her attraction even more, but Galeron dashes it with a confession. The brute is trothed to another.

Ruby’s journey is filled with laughter and weeping, daydreams and discovered abilities. Her heart longs for a future that her past may destroy. Evil lurks, treading on each tidbit of memory she recovers. Will Ruby ever recall her past? And after an attack in the village that sparks a horrific memory, does she even want to?