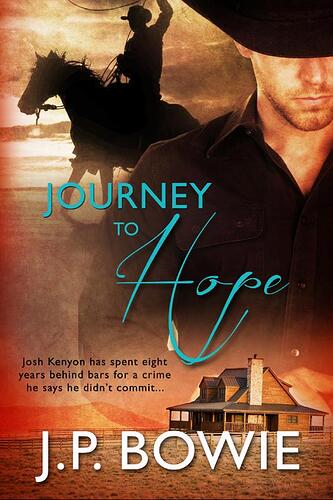 An ex-con finds a new life and love in a place called Hope. The boys from Ride 'em Cowboy are back! This time Royce and Parker are worried that their friend Brett Taylor has made a big, big mistake in hiring a new man to help run Hope Ranch. Joel Harper, the local sheriff, is especially concerned as he’s been notified by the authorities that the man has only recently been released from Wyoming State Penitentiary.

Josh Kenyon has spent eight years behind bars for a crime he says he didn’t commit, and that he was framed for. Brett believes him, and when the feelings they have for one another become much more than mere attraction, he is determined to find someone who can prove Josh’s innocence. But his good intentions cause unforeseen chaos when a man from Josh’s past arrives with only one thing in mind—silencing Josh forever.