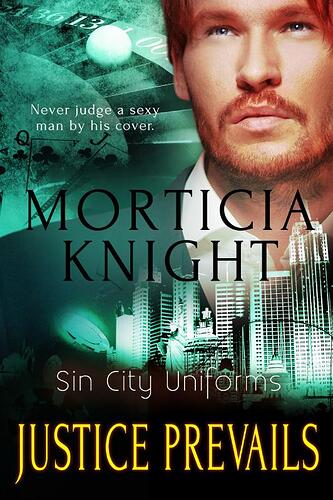 Never judge a sexy man by his cover… Beau is deadly serious when it comes to his job as a homicide detective for the LVMPD. He also has a taste for the finer things in life, but no time to enjoy much of anything with such a heavy caseload—especially now that a serial killer is terrorizing the streets of Las Vegas.

Investigative technician Austin never met a snarky joke he didn’t like—or a set of stairs that couldn’t trip him up. One night after a devastating episode at work, Austin sees something else he likes—the handsome detective he’s spotted around the station. But after he makes a drunken fool of himself in front of Detective Williams, Austin is sure he’s destroyed any hope of ever going out with Beau on a real date.

Beau and Austin’s worlds collide when Austin is sent to pick up some evidence at the station. Amidst a myriad of twists and turns in the troubling serial-killer-style murders of Vegas conventioneers, Austin and Beau discover there’s more to the other than they’d originally thought. There might even be more they’d love to share—unless the killer has the final say.