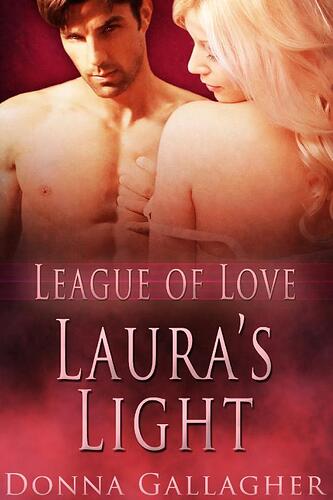 A much sought-after, successful career hasn’t been enough to bring happiness to his life—is it possible that one woman can light up his darkness? Forty-two-year-old single mother Laura Harris has devoted more than half her life to raising her son. She remembers the concept of having sex but it’s been aeons since she’s actually been a participant—especially with a real flesh-and-blood partner. But it’s time to reclaim her life. Her son is a man now, and the rising star of the Jets Rugby League team.

Their future is brighter than ever and, for the first time, financially secure. But Laura is starting to think agreeing to have dinner with Trevor Hughes could be biting off more than she can chew. Not that she can’t see herself taking a nice big chunk from the absolutely gorgeous, thirty-four-year-old sports-commentator’s rump—he’s one prime piece of masculinity! She just isn’t sure how or when the whole sex thing will become an issue. She can’t even get past the what-to-wear step, let alone reach the when-to-take-it-off stage…

Trevor Hughes usually avoids woman with substance—he has enough of his own demons to deal without trying to care for anyone else. But there’s something about the upbeat, sexy, one-woman dynamo Laura Harris. The woman is pure sunshine and happiness, and that’s surprising when you look at what life has handed her. Nothing seems to dampen Laura’s spirits, and she quickly becomes someone Trevor needs in his life…until misunderstandings come between them. Can Trevor put things right?