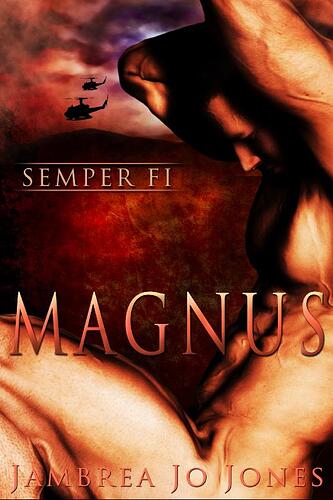 Hoorah! Take no prisoners. The military is Marine Colonel Joe “Magnus” Rivers’ reason for being. Protecting the United States of America from all threats is his sole purpose in life. His world is turned upside down when a woman is assigned to his team of elite Marines and his attraction to her threatens his career.

NCIS Special Agent Emily Patterson’s orders: infiltrate Colonel Rivers’ team and find the culprits behind a rash of kidnappings connected to a sex slave ring. Her mission parameters didn’t include an attraction for Colonel Rivers but nothing in Emily’s career could have prepared her for Magnus. Her job becomes more difficult as she gets to know the man behind the uniform and Emily finds herself wanting to prove herself to him, potentially exposing her identity before she clears Magnus.

Magnus and Emily struggle against their growing feelings for one another, both knowing the consequences of giving in to lust. Magnus is Emily’s team leader and fraternising is against the rules. Emily is investigating Magnus and his team; getting involved with him could ruin her investigation and her career.