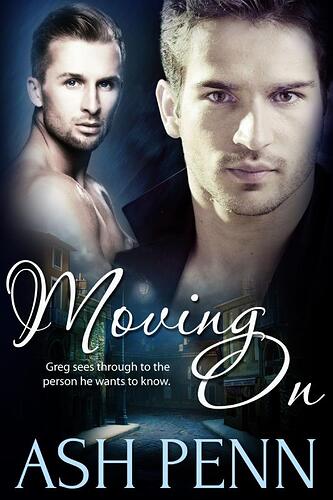 Cody’s trying to move on from an abusive past relationship. New neighbour Greg is the ideal man to show him how. It’s moving day for Cody and his sister Justine. Cody’s hoping for a fresh start in a new town. He wants to remember what it is to be young, single and alive. Most of all, he wants to move on from a toxic relationship that’s resulted in crippling panic attacks, which severely limit his ability to live his life as he wishes.

Greg Foster’s boyfriend left him six months ago and he’s still recovering from the humiliation and pain of their break up. When he introduces himself to his new neighbour, he senses an instant attraction to the aloof young man who can barely meet his eye one moment, yet is ready to jump into bed with him the next.

Cody soon realises his mistake in sleeping with Greg. The man isn’t one-night-stand material, and it would be unfair to lead him into something more. Cody doesn’t feel capable of having a relationship. He’ll certainly never love anyone again.

Despite Cody’s constantly shifting moods, Greg sees through to the person he wants to know. All he has to do is convince Cody to give them the chance to find happiness in each other.