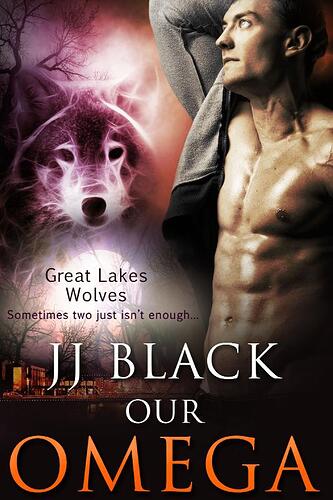 Noah Steele is a broken man. Though born a strong, confident Alpha, the torture and betrayal he experienced by order of his own father have left him a shell of the man he once was. Still gripped by the fear left in the wake of his trauma, he no longer trusts his instincts or his ability to lead. Shamed, he hides himself away, even from the mate he longs to claim as his own.

Dax Marshall needs some downtime. Between protecting the Pack in his role as Beta and leading teams to search for more of Alpha Steele’s facilities, his responsibilities are starting to overwhelm him. If only he could find the one person destined to soothe both himself and his wolf.

Between dominant wolves, power struggles are always an issue. Time and patience will be needed to make their mating work. Unfortunately, time is in short supply. New information has Dax, Noah and a team following a lead to a breeding facility—and much more. Among the prisoners, they find an abused young man who calls to them both in a way that neither of them understands.

While they scramble to adjust to fate’s curveball, more information comes to light showing just how far Alpha Steele is willing to go in his quest to rule the Packs. Will their new happiness withstand the madman’s plans or be destroyed by the malevolence of his ambition?