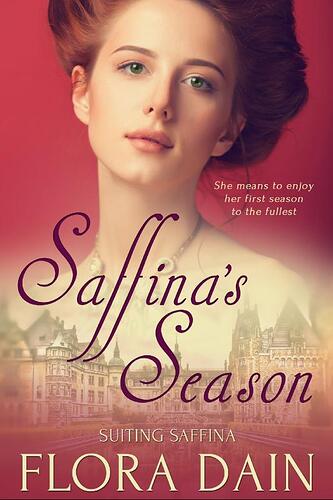 When he treats her to her first London Season, she looks set to shine. But the more she sparkles, the more he despairs. Now happily married with a baby son, Jacquard treats Saffina to her first London Season. He’s keen to show off his new countess, and she means to enjoy it to the fullest. She flirts outrageously, sees off catty remarks from jealous rivals with smart retorts and generally has a terrific time.

But when she’s waylaid by footpads one night in the backstreets of Chelsea, she’s unexpectedly rescued by a struggling artist. Inspired, she commissions a raunchy portrait for Jacquard’s birthday. As she struggles to keep it a secret, Jacquard grows moody. Soon he suspects an affair and thrillingly, steps up her discipline by giving her a taste of leather.

But at the Carlton House ball, when the prince reveals his new mistress, both she and Jacquard get a shock. He storms out, enraged.

Has she gone too far? Will she lose her husband, her good name and her son?