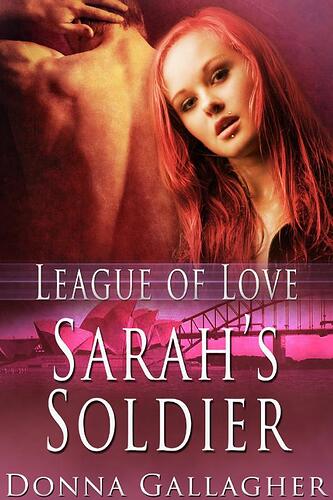 It’s what they have in common that drives a wedge between them—childhoods tormented by loss and heartbreak that have hardened their hearts. When Sarah, digital and social media coordinator—or ‘digi-chick’, as she’s been called—is asked to babysit the special guest at the Jets Rugby League Club’s annual Anzac Day clash, she’s hesitant. What will the returning war hero, wounded from battle, think when he lays eyes on her dyed, flaming red hair and her face full of metal piercings? More than likely, the rule-following, uniform-wearing conformist will take one look at her and double-time it away from her feral-looking behind.

But the sexual attraction that sizzles between Sarah and Dylan is evident from their first touch, and despite both having built walls around their hearts, as protection from childhood loss and pain, they are keen to take advantage of the sheet-scorching, orgasm-exploding sexual tension that is simmering between them.

Of course, falling in love was never part of the plan.