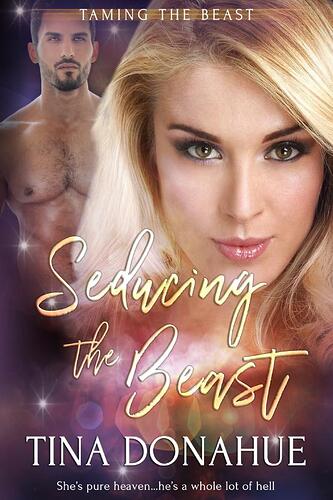 She’s pure heaven… He’s a whole lot of hell. Ursula’s had it with being a good angel. Where’s the fun? Determined to snag a bad boy, she’s in treatment at From Crud to Stud to drop her goody-goody image and release her inner temptress, no matter what it takes.

Like hooking up with sinfully virile Farron? He’s one badass demon who’s hired the service to tame his beast so he won’t scare off mortal babes. A few tweaks and he figures he’ll be good to go.

As far as Ursula’s concerned, ain’t nothing wrong with him now. He’s the one.

Talk about meeting his match. She’s sweet, lush, smells crazy good and won’t give up her nutty notion that they belong together, despite him trying to protect her virtue. Ha. Determined to seduce the hell out of him, she encourages his darkest desires. Poor guy doesn’t have a prayer.

Warning—A shocking romance that tests the boundaries of good and bad. Flaunts outrageous displays of affection, spanking, fetish wear and a legendary trip to Hell not found on any travel site. Best enjoyed with doors locked and curtains drawn.