Show off your pets!

Hi my name is bork and I really love animals.

PLEASE show us your animals. I need this. We need this. For… science, maybe?

Post ur pets below!!! And be sure to include their name because I need to know all the names of all the animals

aka Pips aka P-Butt aka Peebs
age 14
master of snackies
WILL steal your food, your dog toys, and your boyfriend and not feel bad for even a second 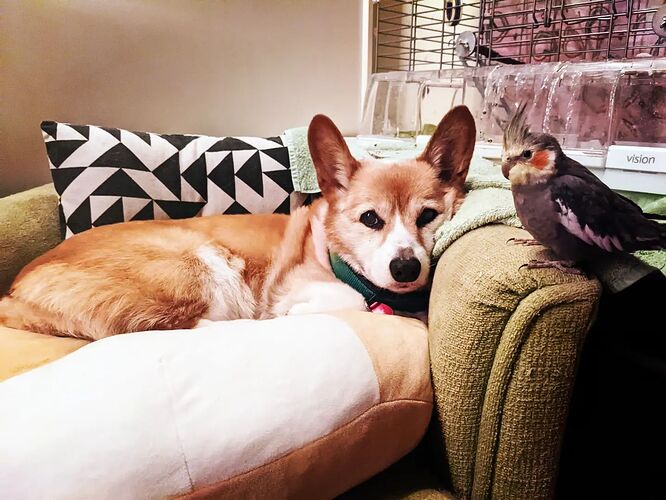 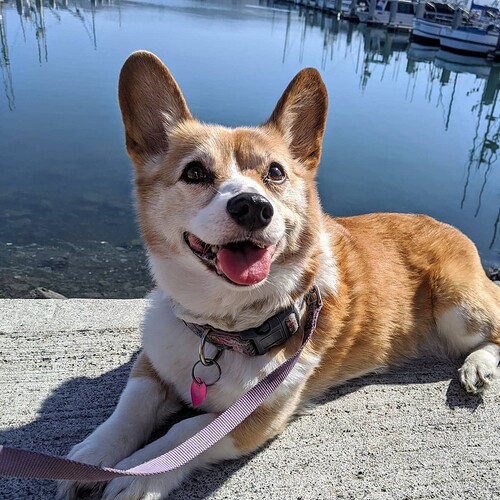 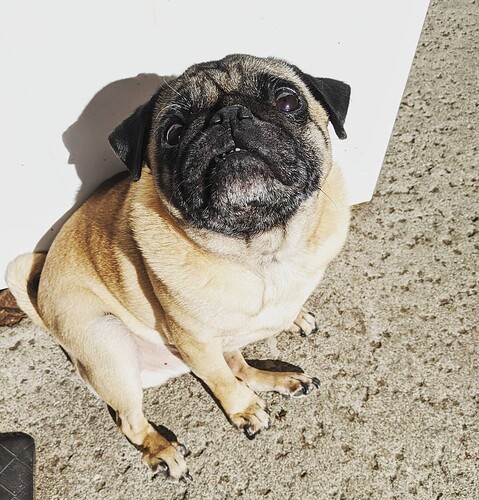 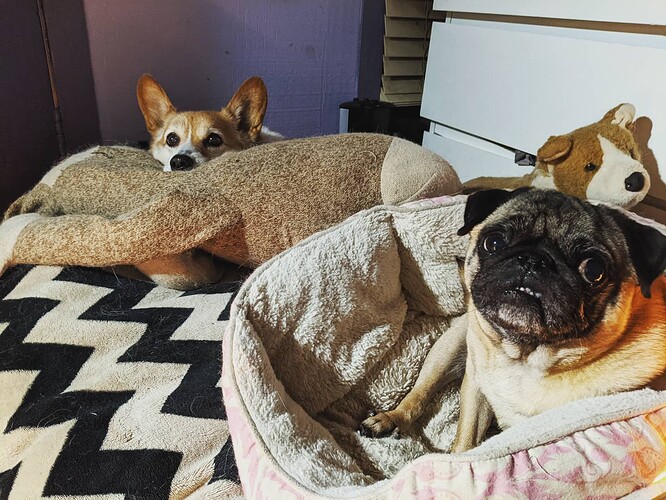 aka Susan aka Sooze aka CAT
age 3
slapper of all that she surveys
very talkative and extremely tolerant of literally anything because I man-handled her as a kitten and now she just lets me do whatever :joy: 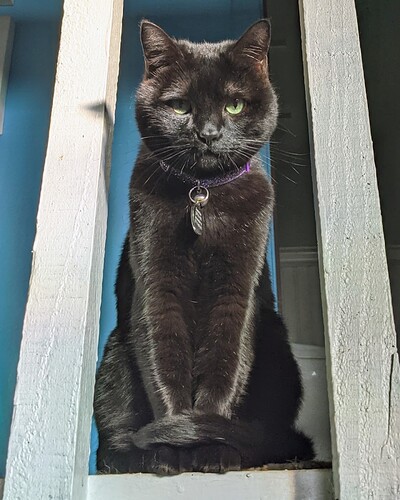 aka P-Cup aka Teac aka T. Cuppin' Stuff
age 1
prince of the land of beeps
extremely touchy and sensitive dinosaur boy who is obsessed with me but also low-key hates me at the same time :joy: 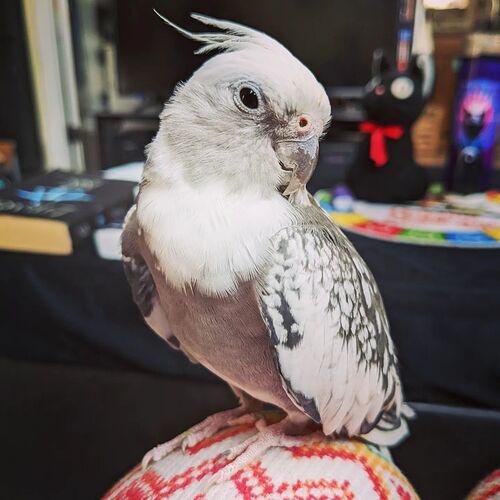 aka Beanie aka Bee-ness aka Beansie
age ??? less than 1 year
world's best spontaneous song writer
came to us when she was found outside alone and no one ever claimed her! LOVES to talk to herself and anyone else who will listen 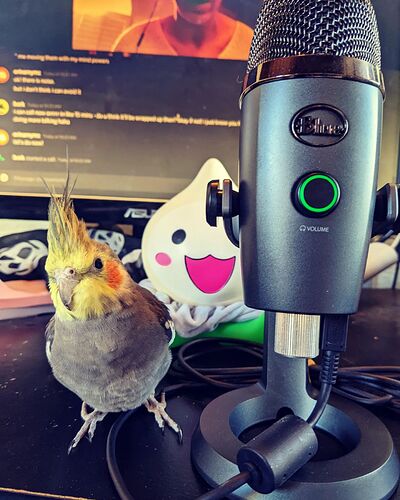 I love all your animals!!! Sweet dudes. 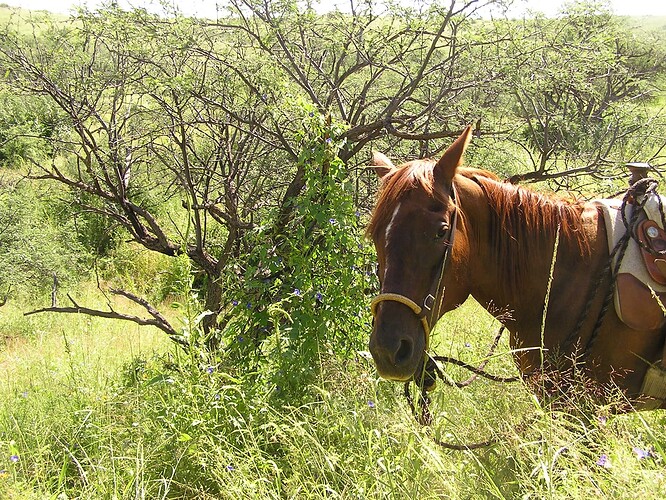 CODY! He’s so handsome. How old? What breed? I need DETAILS. 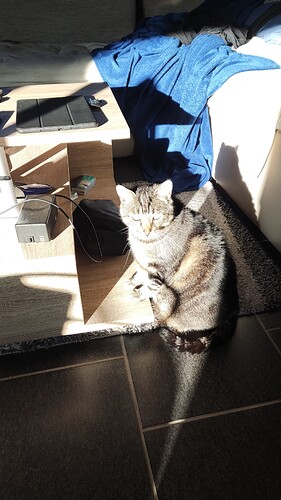 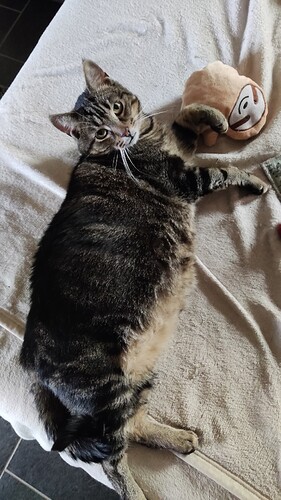 She’s gone through a lot and I also nearly lost her in one of her surgeries to remove her teeth… But after 4 years of constant struggles and pain, she’s now really enjoying life (and food

we did let it get out of hand)

Awwww, she is a precious little pudge. I’m so happy she’s feeling better

Cody is actually a she :-D. She’s a Quarter Horse. Twenty years old now. I’ve had her for ten years. She is the sweetest, most long suffering (she has to be because I’m not that good a rider ;-)) horse imaginable. And head of the herd. The other horses know that what she says goes.

I LOVE THIS. Lead Mare Energy

I love her so much. Plz give her a smooch for me. Quarter horses are so fun and reliable. And twenty is a GREAT age. (I say that about almost all horse ages but I mean it) I love you Cody!

The rest of the herd, if you care to meet them. They all listen to Cody 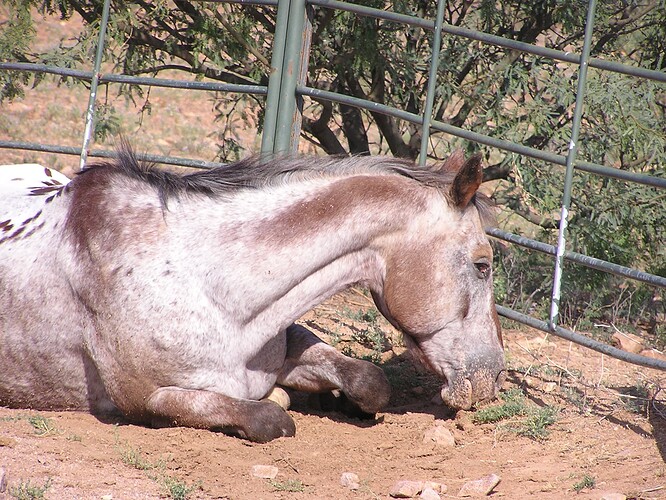 Bugsy. She’s an Appaloosa and twenty-two. 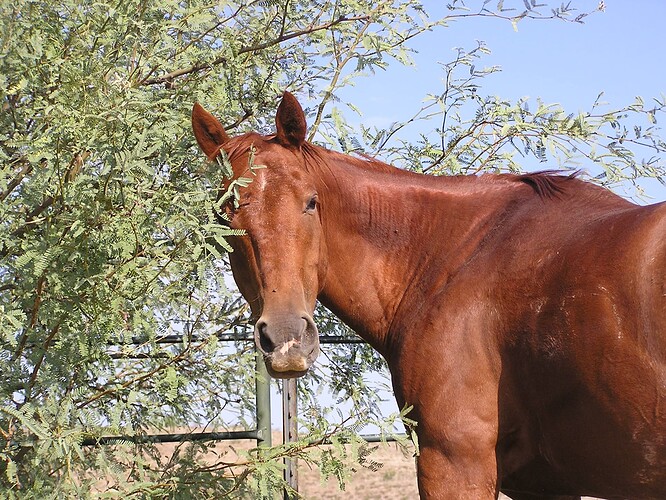 Arabian Haflinger is such an interesting cross. What’s her temperament like?

Ugh and I love me an Appy. Such funny, stubborn dudes.

Pilgrim looks like an absolute gem. How GORGEOUS. And Pumpkin! What a sweetheart! We love a good bay.

I have a child. Does that count?

But in all seriousness, I have a couple of red eared sliders. Here they are taking a nap by the heater after eating and pooping 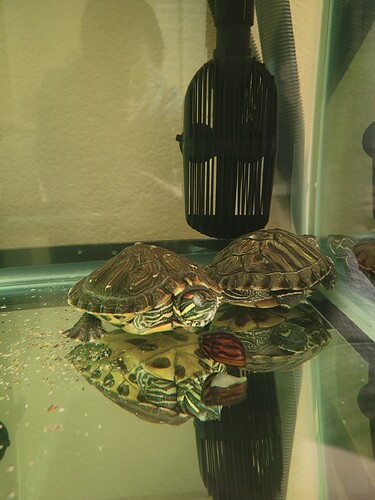 Those are some CUTE turts. I remember when my gradeschool BFF got some of these guys in the mail and they were the size of quarters when they first got to her. I love their little flipper-hands. What are their names?!

Arabian Haflinger is such an interesting cross. What’s her temperament like?

She’s definitely more alert about things than the quarter horses. I’ve never interacted with an Arabian so I don’t know if it’s true but I’ve heard they’re high strung. So she’s definitely calmer than that, but gets interested in things fairly easily. She’s a very, very friendly horse, both with people and other horses. She’s got a lot of stamina but also doesn’t mind just hanging out if my dad is traveling and therefore away from home and doesn’t ride her for a couple of weeks (she’s my dad’s horse).

Pumpkin, when he was younger, was constantly getting into trouble. In the photo you can see he’s missing a little bit of one ear. Apparently when he was a colt (before we got him) he got overly interested in some barb wire fence. I’m not surprised. We used to have a chair swing. One day, when we were all out, he got his hoof stuck in it and freaked out. We came home to the swing smashed, the wooden table that was near it smashed, and two wooded chairs smashed. The tell-tale blue paint on his hoof (the same blue as the swing) was all the proof we needed to convict him as the culprit ;-). You would think that would have taught him a sound lesson about sticking his hoof into things where it don’t belong, but it has not. He has gotten stuck on more fences and in several holes. He is the main reason we put up a fence between the house and the rest of the land. He has licked the neighbor’s tractor, picked up the muck rake in his mouth and swung it about, and tried to drink a coke (prevented in time). He likes everything that he’s not allowed. My brother sent him a ball, specially designed for horses to play with, and he couldn’t care less about it.

Okay. I’ll stop now. I can go on about the horses for way too long

First time posting in the forum!
Prince is my albino leopard gecko, I also have some goldfish in a great big tank! But I don’t have any pictures on my new computer yet, but I found some on Instagram of Prince!
I might get a cat soon! 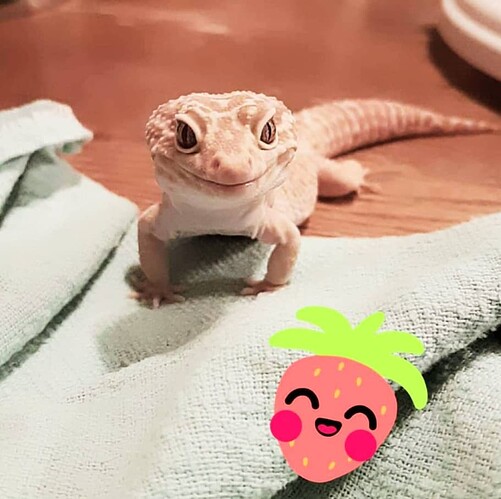 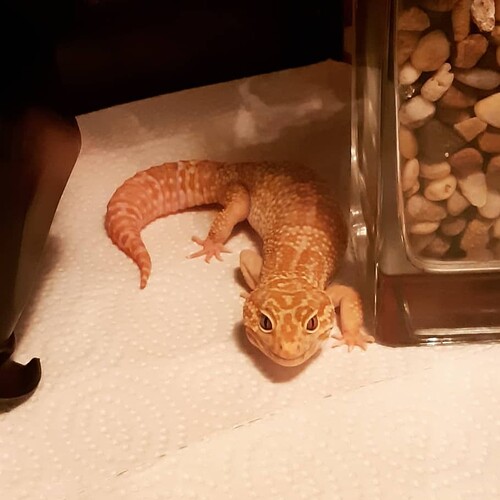 LOL Oh my gosh I love this so much. Peshitta sounds like an absolute gem, first of all. I love a reliable mare. Sturdy as a Haflinger, smart as an Arabian! What a doll.

PUMPKIN THO… omg. What a troublemaker

Why are so many geldings like this? So mouthy, so curious, all to their own detriment

My gelding was always into something. I remember having to rescue him from the manure pile because he decided to walk out into the center of it for Some Reason and it sunk around him and he was up to his knees… whhhhyyyyyyy

I love Pumpkin all the more for his absolute shenanigans now

Ohhhhh look at him little face

I really like leopard geckos! We had 2 in my 6th grade classroom. Funnily enough, one of them was named Prince

Does he like chin rubs? both the geckos I knew liked having their little chins rubbed hehe

He tolerates handling at best LOL. I don’t think he LIKES much. Except worms. And squishing himself in tight places and sleeping LMAO 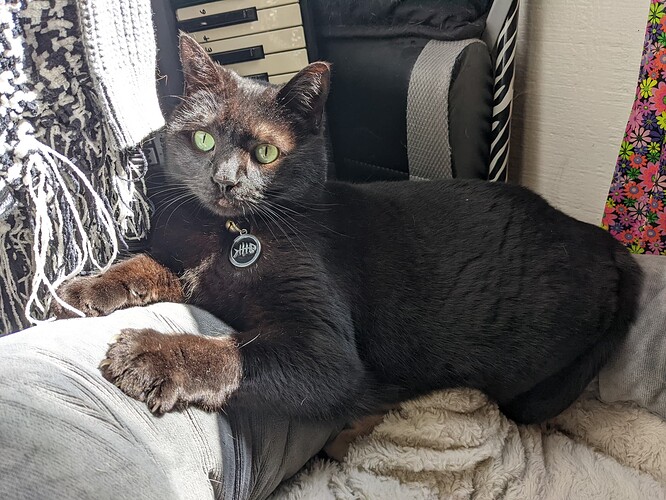