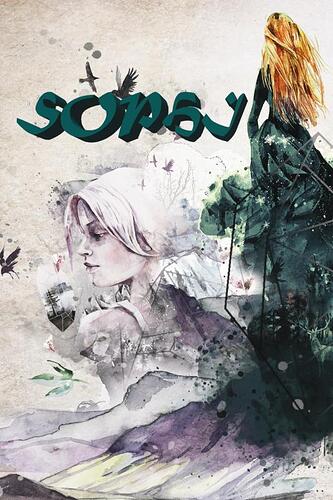 There was once a young woman named Sophia who had always dreamed of experiencing true love. She had had her share of heartbreaks and disappointments, but she never gave up hope that one day she would meet the man of her dreams.

One day, Sophia met a handsome and charming man named Ryan at a coffee shop. They hit it off immediately and began dating. As the weeks turned into months, Sophia knew that Ryan was the one she had been waiting for. He was kind, thoughtful, and made her feel loved and cherished.

Just when Sophia thought she had found her happily ever after, disaster struck. Ryan was in a terrible car accident and was left in a coma. Sophia was devastated and spent every day by his bedside, praying for his recovery.

After weeks of waiting, Ryan finally woke up. However, he had no memory of Sophia or their relationship. Sophia was heartbroken, but she refused to give up on the love they had shared. She spent every day trying to remind Ryan of their past and hoping that one day, he would remember her.

Eventually, Ryan’s memories began to return and he realized how much he loved Sophia. He apologized for forgetting her and begged for her forgiveness. Sophia, overjoyed that Ryan was back, threw her arms around him and said, “I love you, Ryan. I always have and I always will.”

The couple lived happily ever after, grateful for the second chance they had been given to be together.