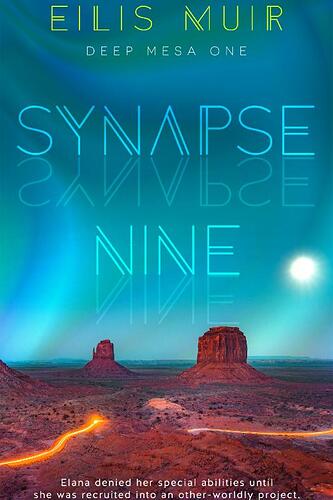 Elana denied her special abilities so she could live an ordinary life—until she’s recruited into a top-secret project involving something otherworldly.

The demands of followers seeking answers from Elana Ryan’s special abilities had taken a toll. To feel normal again, she got a job working at Los Alamos National Lab. It worked—until she was recruited into a top-secret project to use the very gifts she’d left behind.

The project’s head scientist, Dr. Cameron Graeme, is pushy and arrogant, but Elana is also inexplicably drawn to him. As her abilities grow, she finds that his presence amplifies her powers. Now she fears her feelings for him and the intentions of the government.

Dr. Graeme finds Elana irresistibly alluring, which conflicts with his responsibilities for her as an asset.

They resist their mounting mutual desires, but something more powerful than either of them has a different plan in mind.