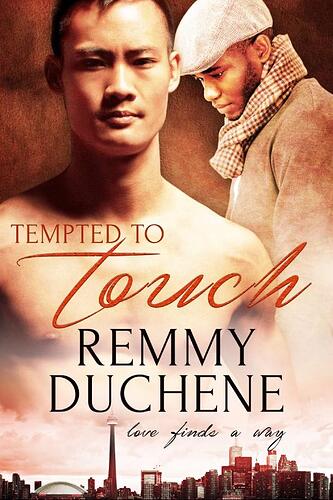 Luck, happenstance, whatever you call it… Love finds a way. Clark James works hard. And though he’s not wealthy and he sometimes struggles to pay the bills, he’s happy. Though many see being gay as a burden, Clark knows it’s who he is and moves on. He has dreams to set in motion. When he helps an elderly woman who faints in the street, Tae Won Kim walks into Clark’s life.

When Tae Won Kim finds out about the man who saved his mother, he knows he must reward him. But the infuriating Clark James refuses to take anything from him. The more he pushes, the more he sees Clark as a man he could really bring into his life. Clark is kind, sexy and loving, but hell-bent on keeping Tae at arm’s length.