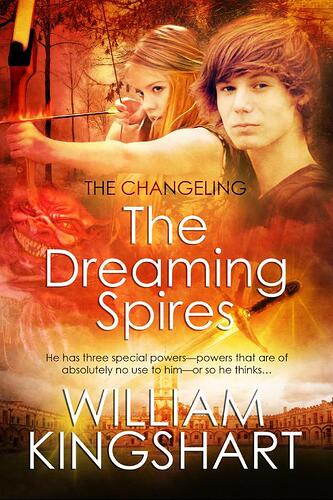 What do you do when the troll at the end of your garden tells you everything you ever believed in is a fantasy and your fantasies are reality? When Jake moves from California to his new school in Oxford, he knows he is going to a different country, but he doesn’t realize he is entering a whole new world.His first clue is when Gorm, a nine-foot, three-thousand-year-old Irish gnome, appears at the foot of his garden and gives him three special powers—powers that are of absolutely no use to him—or so he thinks. But when things start getting really weird and Jake discovers that there’s an ancient prince from Tír na nÓg who is out to get not only him and the girl he is in love with but the whole of mankind, too, he also discovers that the powers Gorm has given him are more useful than he could ever have dreamed possible.