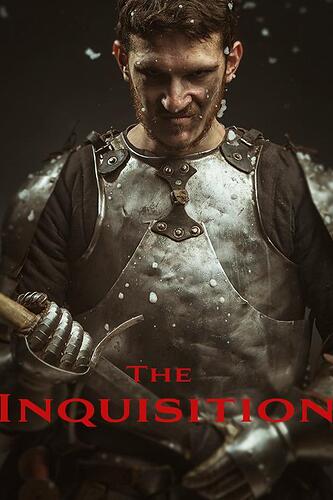 Play on Mobile: None

I really like this story a lot! Just finished ep 2 and found a couple of mistakes. I’ll post screenshots here:

The bottom dialogue bubble includes some stuff that looks like it should’ve been a choice, I guess? 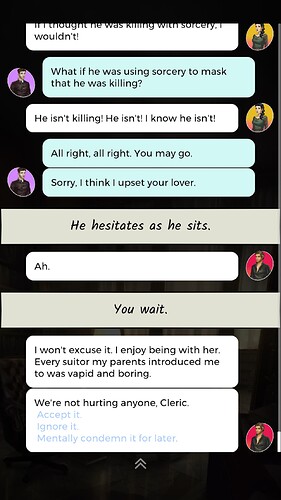 My commissioner died - apparently I clubbed his face into a nasty mess (not on purpose, I simply slid to the side when he attacked me, but then things escalated beyond my control

) Anyway, later I saw this (see screenshot) and my key decision in the end also stated that I had him arrested. As all other readers. There’s a mistake somewhere. (I hope the mistake is that I didn’t really kill him. He deserves it, but my man is no killer. 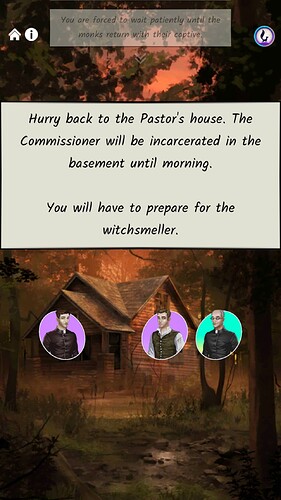 I found a lot of inconsistencies in chapter 3. I have a great reputation with the mother of the boy and determined that he’s not possessed. She, as my witness, was thankful and very helpful. Then, suddenly, the witchsmeller calls her as witness and the roles are reversed. Suddenly, I’m the bad guy.

That didn’t make any sense. 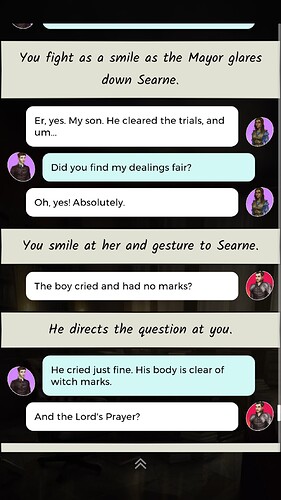 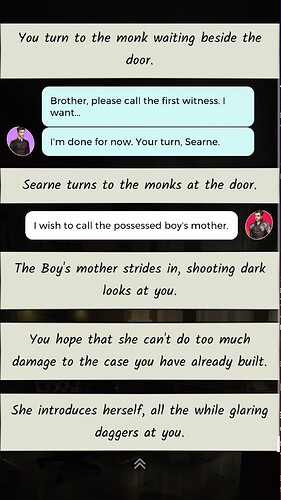 Total opposite of what just happened before, when the smeller accused the boy. 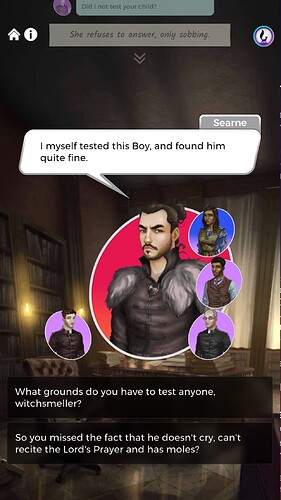 And now I’m at this point, which is frustrating because this is so wrong lol

One last thing regarding chapter 3, the scholar variable is stuck to the key decision and won’t work. I hope that’s of no consequence in the next chapters because I really like this story and want to continue. It’s fun, it’s exciting, and I love the methods of discovery and unraveling the mysteries. 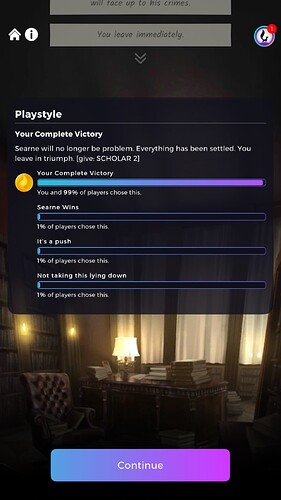 Thanks for the feedback! Working on fixes now. I’m not sure why the variables aren’t carrying over, and it’s worrying me a bit

They’re not not carrying over, it’s some branching issues within the episodes. For example my commissioner died (even though not through my fault, I just moved out of the way when he attacked me, so idk if that’s on purpose or a mistake that I clubbed him to death), but later on, in the same episode, he was mentioned alive again. Before that is my screenshot of choices being listed in a speech bubble. The biggest issue was the boy’s mother being a friendly witness for me and suddenly turning against me when the witchsmeller called her as his witness - the whole dialogue was contrary to what happened before. When she was my witness, she loved me, and the witch hunter was convinced that the boy was possessed, but I defended him and said he was just a boy etc. And then things went topsy-turvy: the mother hated me, the witch hunter was suddenly the reasonable one, and my MC insisted that the boy was possessed. That’s not how I played him.

In the end, though, I did win, thank goodness

But you should look at that playstyle code (see last screenshot) with the give SCHOLAR 2 in the text.

No worries, I found the mistake after I checked the file, also found where the error was with the points awarded and fixing that now.

thank you! I’m excited to continue

im stuck in the house… all i can do is takes breathers…i restarted the game chapter 2 times. ( chapter 9 )

time to leave is always locked? can’t seen to leave the house

Hey mate, sorry I’ve been back and forth over that section for days and I can’t find an error in the code. Have you been both upstairs and downstairs?

Yes i have been upstairs and downstairs and vice-versa. Still stuck in house. ( the lock won’t unlock so therefore i can’t move on)

Ok, gave something a try there, it should work