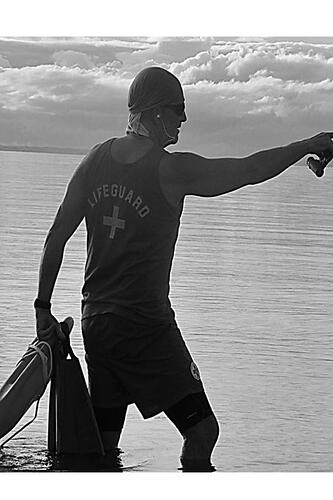 The Lifeguard Captain, his former clandestine life as a SAS Spec Op’s Commando, his former counterintelligence nemesis resurrect to life from clues washed up on the beach.

This time around it’s about a mystery billionaire cartel leader, the human slave trade used to extract the most valuable rare earth minerals sold on global markets. They’re both victims of a changing world that’s affected by climate change. Both will die if they don’t change with the times and let go of the past. Revenge is not in the rescue training manual and it’s not a profitable venture for private bankers and a criminal cartel leader.

Everyone can’t be rescued, some fortunes can’t be recovered, money can’t buy everything, but a professional Lifeguard Team will save their Captain to live another day.

And being rescued is a second chance to make it right