The Officer and the Gentleman (JPBowie) 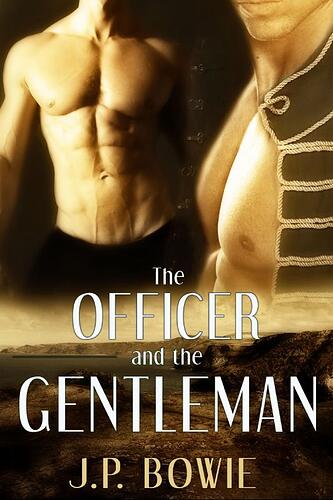 A young Scotsman and a Cavalry Officer embark on a forbidden love affair as the winds of war threaten to tear them apart. When Robert Alexander Macdonald locks eyes with Captain Charles Wentworth at a social gathering in London, it’s not long before they are also locking lips and engaging in a covert love affair. After an idyllic time spent together in a cottage on the windswept cliffs of Cornwall Charles receives orders to report for combat duty.

Britain and France are at war with Russia, and Charles, an Officer with the 11th Hussars finds himself part of the ill-fated Charge of the Light Brigade, a military disaster that outraged the British population.

Robert, on hearing that Charles is missing, goes in search of him, but finds only the shell of the man he loves, a man damaged in body and mind, with no memory of his family or loved ones. Faced with the possibility of Charles never again knowing what he and Robert meant to one another, Robert decides to dedicate himself to Charles’ full recovery.

Going against all medical advice, Robert removes Charles from the hospital and takes him back to Cornwall in the hope that the familiar surroundings of his old home will bring back some latent memory to his lover’s mind. A hope, that as time goes by, becomes less and less of a possibility.