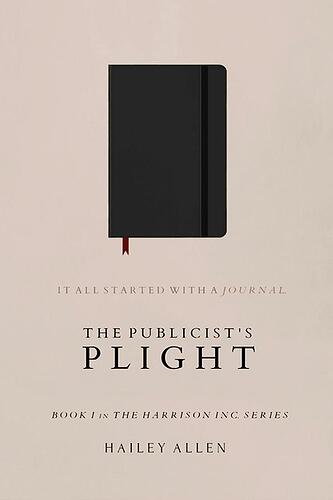 High-strung L.A. publicist Leslie King has her life in order. She’s organized, punctual, and… utterly alone. When she’s asked by CEO and president of Harrison Incorporated, Garrett Harrison, to turn his reckless, playboy son Sebastian Harrison into a man respectable enough to be named successor, her life is turned upside down. She soon discovers Sebastian’s past is as dark and complicated as the man himself, with more to the story than she could have ever prepared for.

So - first impressions. What do you all think about Sebastian?

He definitely comes across as classic bad boy CEO, but I feel like he’s also a bit of a slacker LOL I mean that affectionately

3 chapters in and i havent met him yet! i think we finally meet him in ch 4?

I am 14 chapters in and this poor publicist! He’s a handful of a client…

ahhh i just wanna slap some sense into Leslie!!

Honestly I’m way more frustrated by the publicist. She has no empathy and just tries to force everything to go her way.

LOL yeah you can say that again

idek how much money I’d need to deal with him tbh!

She DEFINITELY has her stubborn way of instigating stuff. I know that this story still has more chapters to be added… and since it is part of a series, I suspect we’ll see Leslie go through some changes of her own

I am not a fan of this story modality but other than that it’s actually very good.

my first impression of this story is aboustyle

Anyway, the font choice on the dramatic opening is not the best, it’s hard to read and requires much attention. I couldnt go past a few paragraphs because the protagonist sounds like a whining snobbish woman and didn’t earn my sympathy at the beginning. I’m not saying this novel is bad but it’s not for me, apparently.

Not quite my style and very exposition heavy as a first chapter. To me at least, the description of a reveal of secrets, which i originally starting reading for, is not alluded to within the first chapter. This makes it hard for me to find further interest in reading more. This certainly might be evident later but it is hard to become hooked without it relatively early in the story.