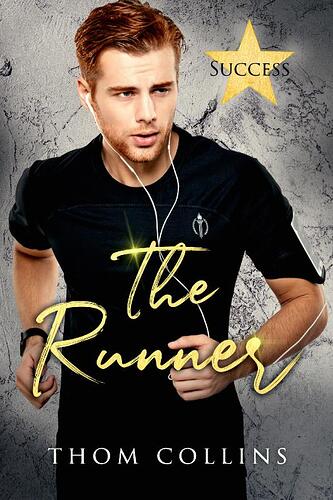 An Olympic hero faces his longest run – to make up for the past.

lex Schaefer is a sports journalist and commentator at the top of his game. He hosts a successful weekly podcast has just written the biography of a world class football player. With his career on an upward trajectory, Alex has never been busier. There is no time in his life for love or romance.

Ethan Bower was used to success. As a British sprinter, he won a host of silver and gold medals at the Olympics, European and Commonwealth championships, and spent over a decade at the top. Persistent injuries brought Ethan’s career to an abrupt halt in his mid-thirties. Now he has to start over again. Trying to get his foot in the door of athletics commentary and presenting isn’t easy.

Ethan and Alex have history. Eight years ago, at the height of Ethan’s success, Alex was chosen to ghost write his autobiography. An experience they would both rather forget. Ethan hated what Alex wrote about him; a fact he’s made very public. When Ethan attends the launch of Alex’s latest book, they meet again for the first time in years and something becomes apparent to both of them – they have each improved with age. Now in their thirties, they are older and more mature.

Can they put the past behind them and their ambitions for the future to take a chance on each other now?