The Smell of Camellias (RemmyDuchene) 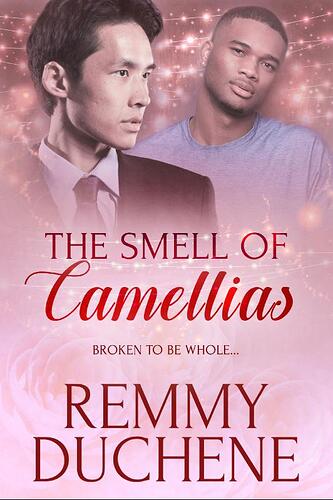 Broken to be whole… After a life that had little to be desired, Frank Dunn has a sea of possibilities ahead of him. Young, good-looking with a kick-ass education and credentials from Cal Tech, Frank is ready to take on the world. When he is offered his dream job, Frank jumps on it even though he has to move to South Korea. Since he has no family except his best friend, staying put is irrelevant.

Sung-Go Hyun is the man when it comes to White Tiger Industries—a multi-billion-dollar luxury automotive giant in South Korea. From the outside, people think he has it all, but he knows his struggles and they have left him stoic. When he meets Frank Dunn, they immediately butt heads. Sung-Go is instantly attracted to the brown-eyed devil and Sung-Go hates that. But since his heart isn’t going to cooperate, Sung-Go decides to go after what he wants. Frank on the other hand wants nothing to do with Sung-Go or his bed.

Sung-Go isn’t used to such a reaction, but he will have to learn that Frank would rather burn Sung-Go’s world to the ground than submit.